I've kinda gone too ahead with designing characters that I've forgotten to put some of my script ideas! Sorry!! I like to have this in the style of Norman McLaren's where the art/ visuals are following to a beat or chord which shapes, symbols etc. changes. So here are some of my ideas for a possible script.

Idea 1:
A montage series of tribal images starting from animals to tribal people which in-between these, shapes form and changes in the process.

Idea 2:
Random shapes morphing and intertwining each other in a tribal like style following the beats of the music.

Idea 3:
Similar to idea 2, symbols representing tribes are seen changing from one form to another along to the beats and chords of the soundscape.
Posted by Joey Ku at 8/21/2012 06:27:00 pm No comments: 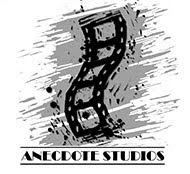